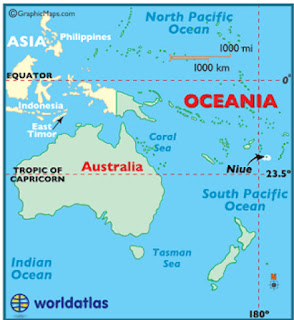 In September 2016 we will have the visit of a group of 16 people from Niue. Minister Hon Pokotoa Sipeli, Minister for Social Services, which also cover Tāoga Niue, Education & Health will lead the group. A Youth representative (16 years old) is also travelling with them to Belgium and France.
Our recently established non-profit organisation, the New Zealand Pilgrimage Trust (https://www.facebook.com/NZPilgrimage/ ), will be involved to help organise their visit.

It’s a mostly unknown story that men fromthe Pacific Island, Niue, came to the Western Front as a contingent of the New Zealand Expeditionary Forces.

Niue is an island in the South Pacific Ocean, 2,400 kilometres northeast of New Zealand, and east of Tonga, south of Samoa and west of the Cook Islands. Its land area is 260 km² and its population is around 1,200. More than 20.000 Niueans are living in New Zealand.

Niue, whose capital is the village of Alofi, is a self-governing state in free association with New Zealand since 1974; and New Zealand conducts most diplomatic relations on its behalf. Niueans are also citizens of New Zealand.

Niueans enlisted in their own country and were sent to New Zealand as a group. Most spoke no English and many struggled to adjust to the army diet and wearing boots.
The greatest danger, though, was European diseases, especially in the cold climate of northern France.

150 Niueans from the (estimated 4,000) population came to the war. They came in October 1915 to New Zealand and embarked for Suez in February 1916 where they became part of the NZ Pioneer Battalion.
In April 1916 they came to the Western Front, in Northern France .
In May they moved into the combat zone. Much work had to be done during the night. It was a hard and dangerous  time for those men coming from a place where the average day temperature is about 25° C.
However, illness was the main problem. At the end of May, 82% of the Niueans had been hospitalised.
It was not only the lack of immunity to European diseases but also the colder climate in France.

By September 1916 they were withdrawn from the Western Front and sent to England and then returned to New Zealand. 16 men died , two of them are buried in Bailleul Communal Cemetery, corporal Tionesini (http://www.nzwargraves.org.nz/casualties/tionesini ) and private Tauetuli (http://www.nzwargraves.org.nz/casualties/tauetuli ).