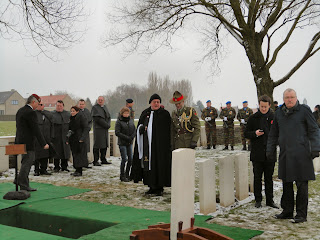 The remains of an unknown soldier from the First World War were discovered during excavations in April 2012 in Mesen, West Flanders.

Based on objects recovered with the remains including unit insignia as well as the location of the find, the remains were accepted in August 2012 as that of an unidentified New Zealand soldier. A reburial service for the soldier was held on the morning of Monday 25 February 2013 at the Messines Ridge British Cemetery in Mesen. 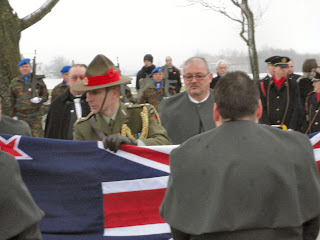 The service commenced at 9:30am. 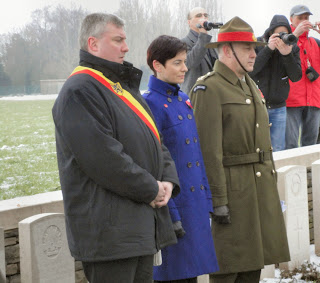 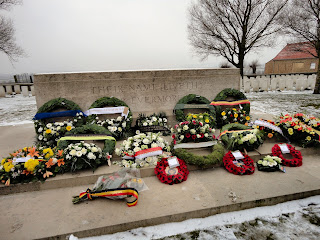 The soldier was reburied next to the grave of another unidentified New Zealand soldier whose remains were discovered in 2011 and for whom a similar reburial ceremony was held in February last year.
- February 25, 2013