Visit to the Battlefields 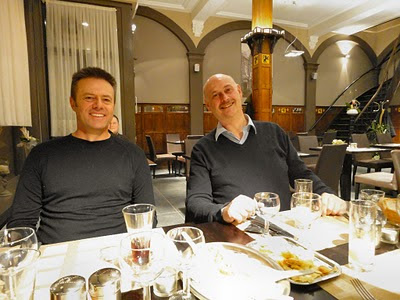 Chris Powell the Commanding Officer of the 3rd Auckland (CRO) & Northland Battalion group was our guest during the weekend. On the 16th LtCol Chris Powell attended a formal re-interment ceremony at Caterpillar Valley Cemetery for an Auckland Regiment Soldier of the Great War. After visiting in Northern France places as Flers, Arras and Le Quesnois he came to the Passchendaele Region, visiting not only Passchendaele but also Messines.

He was welcomed by 1st Alderman Franky Bryon. They know each other since they met in October 2009 for the opening of the exhibiton "The Belgians Have not Forgotten " in Auckland. 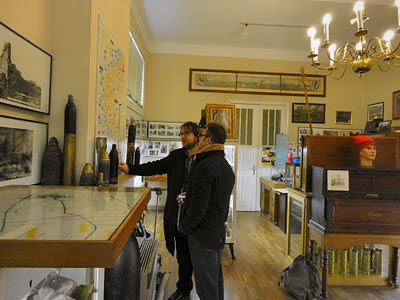 Chris was visiting the Museum in Passchendaele and in Messines, while he was doing a Battlefield trip "in the trail of the New Zealanders". But also 's Graventafel, Belle Vue spur, Tyne Cot, Polygon Wood Cemetery, Butte's New British Cemetery, The Nicholas VC and Frickleton VC memorials and Perth Cemetery, Wieltje, Kansas Cross, Berlin Wood and other places of interest for New Zealand as the Memorials for the Missing New Zealanders during WWI.

In the Visitor Centre at Tyne Cot Cemetery 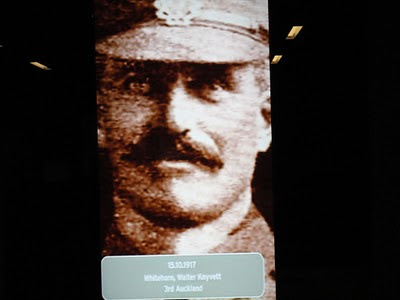 in Passchendaele he could see that Auckland Soldiers are also commemorated every day to pay a tribute to their sacrifice. 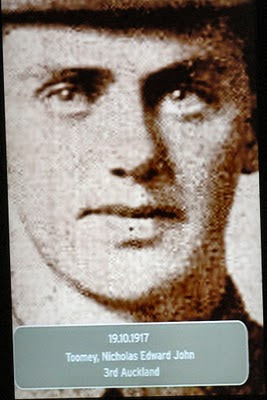 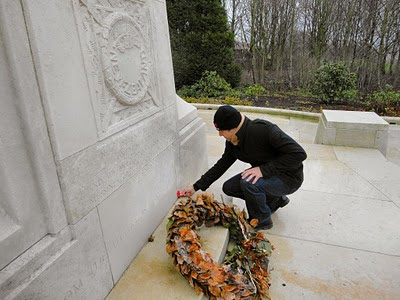 A lot of time was spend to commemorate all New Zealand victims on the different memorials , but also individual graves have been visited on different cemeteries. At 8 PM, as every day, there was a Last Post under the Menin Gate. LtCol Powell was welcomed by Guy Gruwez, Honorary Chairman of the Last Post Association. Chris was given the honor to read the Ode in front of at least 500 visitors. 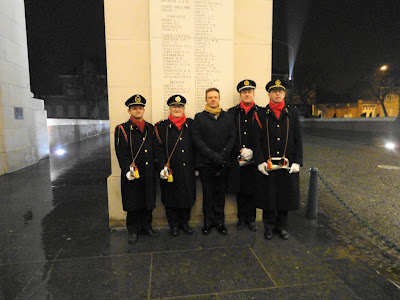 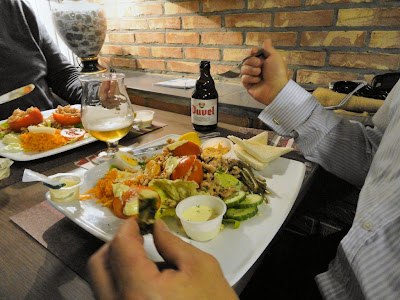 It was a very cold and wet weekend to do a Battlefield trip.
But Belgian beer and a plate of Belgian shrimps in good company was a worthy end for a commemorative weekend
- February 20, 2011