School from Le Quesnoy in Passchendaele 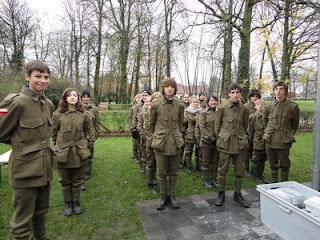 On Friday 26 November 2010, it was cold and wet. At 10.00AM , a class from Le Quesnoy came to perform the Platoon Experience.
The students are taken the identity of an Australian soldier and will experience October 4th 1917.
They are starting with a visit of the museum and an overall introduction to WWI.

All this was done in English! So it was not only learning about history but also language.

If you know that those students are around 14-15 years old we must confirm that they have been well disciplined and very brave. Congratulations! 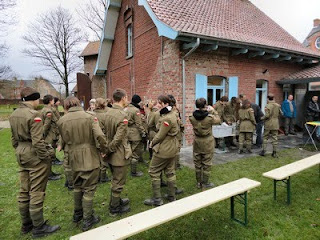 The lunch was a WWI meal , a kind of stew (vegetables, potatoes and corned beef), named Tommy Tucker with mineral water. Of course , as in WWI, the lunch was taken outside 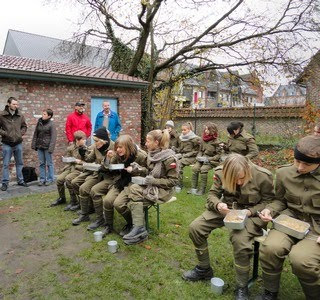 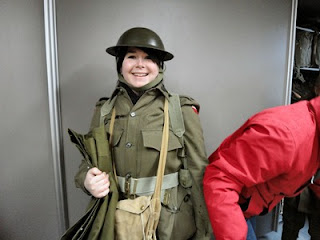 One of the young ladies was an assistant teacher of the school and she had no problem with the
language. She's from Wellington, New Zealand! 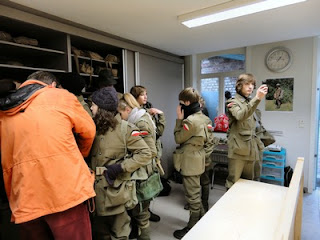 distribution of webbing , backpack and weapon 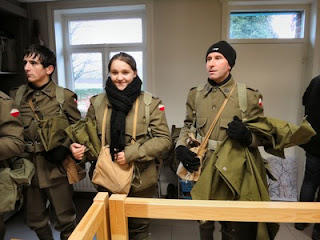 Mr. Franck Bruyére is the man who made this all possible and he was also wearing a uniform (all teachers did so) 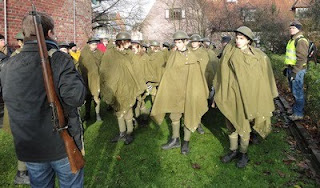 It was raining when the weapon drill was teached 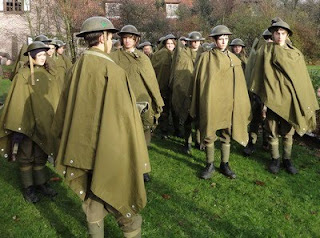 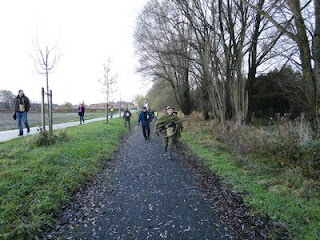 quick march in extended order on the old railway, the Road to Passchendaele 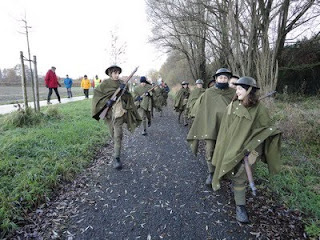 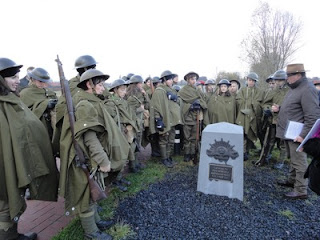 Some reflection, time for remembrance.
This is an Australian memorial marking the start of the Road to Passchendaele. 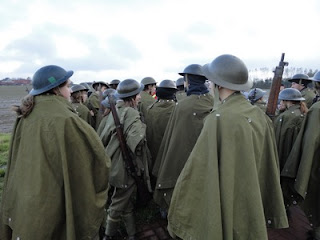 Al students are around the guide who's explaining what happened 93 years ago. 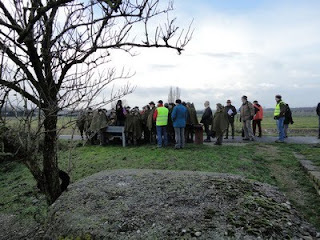 This marks the place were Lt Hart was killed after capturing the Thames Farm pill box. 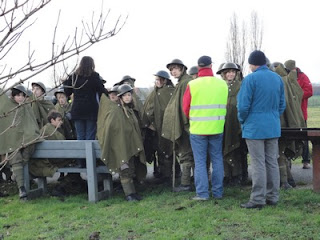 How should a concrete bunker been captured?
A little bit later it was dark when the group arrived at Tyne Cot cemetery, there was also a snowstorm and everybody was wet and cold.
But they succeeded to do the whole PE.
French are tough , that's for sure!
Well done!!
- November 29, 2010 2 comments:

With flags flying at half mast, KiwiRail staff laid poppies on a new memorial to the railway men who died in World War I.

The memorial at KiwiRail's mechanical workshops in Lower Hutt was unveiled in conjunction with an Armistice Day memorial service, held at the 11th hour of the 11th day of the 11th month – the time and date the war ended.

More than 7500 railway workers served in World War I, more than half the entire workforce. Of those, 444 were killed.

The memorial features a train wheel and a plaque, which is a replica of those that were placed on an Ab-class locomotive in 1925, naming it Passchendaele after the war's deadliest battle for Kiwis, in honour of servicemen who worked for the railway.

The original plaques were removed from the train during World War II and are on display in Christchurch and Dunedin railway stations.

KiwiRail director Bryan Jackson said the memorial was a way to honour the Kiwi soldiers who served their country, and the railwaymen among them.

"When you consider the loss of life and impact of the battle, this single contribution doesn't seem anywhere enough recognition for the loss of life ... it goes some way to marking the event and in particular railway's involvement, and helping to remember the sacrifice made by those who fought."

Belgian exchange student Manoelle Godin, 18, was at the service, and read the Ode of Remembrance in Flemish and English.

Passchendaele is in Belgium, where Armistice Day is a public holiday, and Manoelle said she was proud to take part in yesterday's service. She accompanied former railway worker Eileen Smeaton in laying a wreath on the memorial.

Mrs Smeaton, 95, who worked as a shorthand typist, was thrilled to take part. "It's wonderful that people remember – it feels like they didn't die in vain."

Railways workers were tightknit, she said. She had married a foundry worker, and would tell their two sons they had "railway blood in them".

KiwiRail workshop production manager Phil Hankinson organised the memorial. The replica plaque had been hanging in an office, but was now in the workshop's memorial garden