A year ago, Dolores Ho, the archivist at the National Army Museum, began weaving flax crosses as a tribute to the New Zealanders who lost their lives in overseas conflicts. 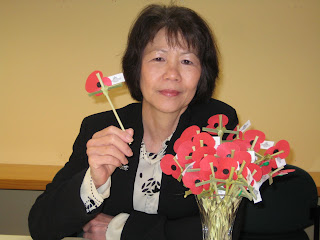 Her vision is to place a cross made from harakeke on every New Zealand war grave.

“The majority of soldiers have never had a visitor since the day they were buried and that prompted me to make an effort to encourage at least one visit to pay tribute, letting them have a piece of home on their graves.”

The ‘Dolores Cross’, as it has become known, was first placed on the graves of all 73 New Zealand soldiers in the Commonwealth War Graves Commission Cemetery in Cannock Chase, Staffordshire UK, on ANZAC Day 2008.

Today, almost 18 hundred of the crosses can be found on graves in 40 cemeteries, mostly in the UK, but also as far a field as Sweden.

“Relatives with no way of visiting their loved ones can now have a photo of the grave with a flax cross and know that someone made the effort to visit and lay a tribute, to show their loved ones have not been forgotten.”

Dolores relies on volunteers to place the crosses and photograph the headstones for her database. 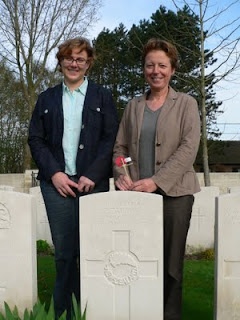 Also in Belgium are crosses placed on headstones by Maria Vander Meiren and Sabine Vanderhaeghen, two members of the Zonnebeke city council
- August 26, 2009