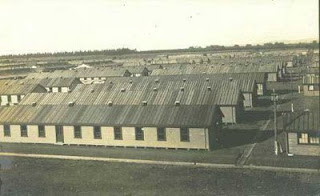 touring exhibition to ‘go live’ from featherston – the town where the journey of thousands of new zealand soldiers, who fought at passchendaele, began.
“It rained and rained and bloody rained, and rained and rained.” - Wairarapa lad Sidney Stanfield describing the prelude to the October offensive during World War 1 that would become known as New Zealand’s bloodiest day.

The farmhand, turned stretcher-bearer, who was born in Tinui near Masterton, was one of those tasked with clearing the battlefield following the failed attack on Passchendaele on October 12th 1917, which cost 845 of our soldiers lives.

Lying about his age to enlist, Sidney Stanfield sailed to war in 1916, after completing his final eight weeks of training at the nearby military camp at Featherston.

Built in short order, Featherston Camp was little short of a wonder – a mini town with over 130 buildings including a street of small shops, offices, hospital, workshop, post office, railway siding, canteen and sixteen dining halls – all constructed in just four months. 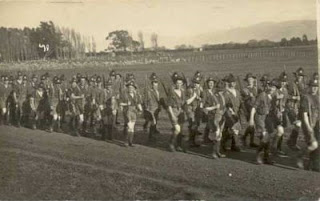 Today the camp has been returned to farmland but Featherston’s links with Belgium remain strong.

The town twinned with Messines in 1975 and there have been a number of mutual visits and exchanges between the two over the past thirty years.

This month, the town, from where more than 30,000 New Zealand soldiers departed for the Great War, will also host the touring exhibition, Passchendaele: The Belgians Have Not Forgotten.

The Mayor of South Wairarapa, Adrienne Staples, says the council is honoured to host such a prestigious exhibition, further cementing the bonds between Featherston and Belgium first forged almost a century ago.

“Our connection to the Great War dates back to the Featherston Military Camp where the majority of soldiers who served then, trained before being sent to foreign shores.

“The formal twinning between Featherston and Messines thirty years ago recognised and reinforced that connection which has not only stood the test of time but remains vitally important to both towns.” 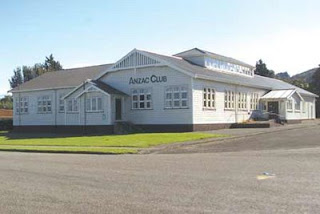 The Curator of the Memorial Museum Passchendaele, Franky Bostyn, agrees Featherston is a fitting venue “given the sacrifice of those men whose journey from the ‘uttermost ends of the earth” began at this very point and ended in Flanders fields.

“Yes it was a waste as a battle, but if that battle had not been fought, if your soldiers had not made that sacrifice, ah the world could have looked different if Passchendaele had not been conducted. “ 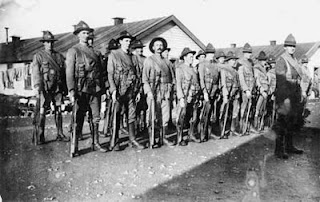 Passchendaele: The Belgians Have Not Forgotten opens July 17 at the ANZAC Hall in Featherston, where, for the first time during its New Zealand tour, the exhibition will also be streamed live allowing visitors around New Zealand, and also in Belgium, to log in for a look. Telecom has provided the necessary broadband link to the venue at no charge.

While applauding the national telecommunications company for its patronage, South Wairarapa Mayor Adrienne Staples also acknowledges the support from locals for the exhibition.

“An army of volunteers has helped with the set-up and will staff the displays while they are here, cementing our belief, this exhibition commemorating the story of our soldiers involvement at Passchendaele, is not only keenly anticipated but also highly valued.

“We are pleased to have been able to facilitate its showing in Featherston for our community and surrounds and also on the Internet for visitors from afar to share.”

Last weekend members of Featherston’s ANZAC Club, with the help of a forklift supplied by ‘RD1’ and two army transport personnel, unloaded the packing cases housing the exhibits which then had to be man handled into the venue.

Personnel from the Waiouru Army Museum helped unpack the crates and assemble the exhibition.

Featherston Electrician, Garry Thomas, (who is also chairman of the Community Board) was on hand to install a new security system and enhanced lighting and when it was discovered the display panels would need to be free-standing, Featherston engineer, Hamish Donald, stepped in to design and manufacture ‘special’ feet on the spot.


The ANZAC Hall, which will house the exhibition, is one treasure from the days when Featherston camp was established that remains today.

Built in just four months as a place of rest and recreation, the land, building and furnishings were entirely paid for by descendants of the early Featherston pioneers as a showing of their appreciation for the soldiers in training.

Renowned throughout the Wairarapa for its fine dance floor, it has been an important venue for social gatherings in the district and continues in its role as a community hall.

Passchendaele: The Belgians Have Not Forgotten is open to the public from 10am to 4pm daily.

The webstream at http:anzachall.dnsalias.org. will be active from Monday July 20th.

Or visit our blogsite – http://www.thebelgianshavenotforgotten.blogspot.com/